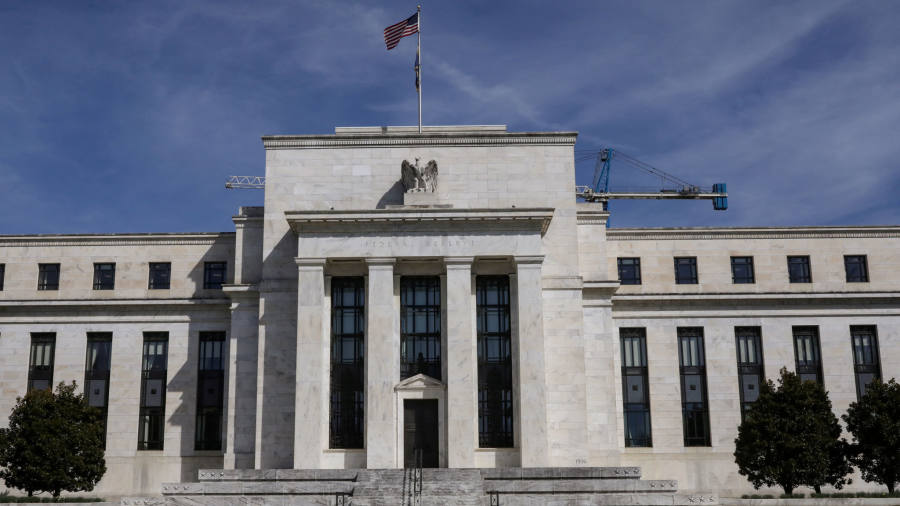 Federal Reserve chair Jay Powell signalled on Friday that the central bank was considering cutting interest rates in response to the “evolving risks” to the US economy posed by the spread of coronavirus.

The Fed delivered the message in a statement issued during New York afternoon trading, helping the S&P 500 pare earlier losses to close down 0.8 per cent after being down as much as 3 per cent. That brought its loss for the week to 11 per cent.

The 10-year Treasury note, which touched a low of 1.114 per cent following Mr Powell’s remarks, settled at 1.16 per cent on Friday as investors grew increasingly confident that the central bank would cut rates at least two times this year.

The statement suggests the Fed’s Open Market Committee will lower its main policy rate, presently at 1.5 per cent to 1.75 per cent, at its next meeting on March 17-18.

“The fundamentals of the US economy remain strong,” the Fed statement read. “However, the coronavirus poses evolving risks to economic activity.”

On the margin, the rate cut signal may help but central banks can’t solve this problem

President Donald Trump said: “I hope the Fed gets involved, and I hope they get involved soon.” Before heading to a rally in South Carolina. Mr Trump reprised his criticism that other central banks were pursuing looser monetary policy than the Fed.

“They’re all going in, they’re all putting in a lot of money. Our Fed sits there, doesn’t do what they’re supposed to do,” he said. “They’ve done this country a great disservice.”

The timing of the Fed’s statement shows a heightened level of concern among policymakers. The Fed’s Open Market Committee is not scheduled to release a policy decision until the March 18 meeting. Usually the Fed sends signals to investors through speeches and interviews. An unscheduled statement signed by the chair represents an unusual and significant intervention.

“In the sequence of how seriously we should take this, this should be pretty much up there,” said Anwiti Bahuguna, a senior portfolio manager at Columbia Threadneedle Investments.

Dan Ivascyn, group chief investment officer at Pimco, which oversees $1.9tn in assets, said the investment group believed the Fed would cut rates in March by at least 25 basis points and “maybe” by 50bp.

“On the margin, the rate cut signal may help but central banks can’t solve this problem,” he added. “This is a very different type of risk and will take time.”

Until the Fed released its statement, it had not yet suggested it planned any policy response to the spread of the coronavirus. As recently as Tuesday, vice-chair Richard Clarida — a key messenger for the Fed’s policy committee — had said only that the Fed was “closely monitoring” the impact of the virus.

But over the course of a week bets on the likelihood of a cut increased dramatically. According to the CME Group’s FedWatch tool, on February 21 investors saw only an 11 per cent chance of a single cut in March. By Friday, that had risen to 92 per cent chance of two cuts.

Fed policymakers do not like their guidance to be too far off market expectations, which left the bank with a communications problem. Before the blackout period for the next meeting begins on March 7 — after which policymakers no longer give speeches or interviews — the Fed had to either tell investors their bets were correct, or disabuse them.

“I think [the statement is] the first thing they needed to do,” said Tim Duy, monetary economist at the University of Oregon. “I think they’d rather do this than some sort of inter-meeting cut.”

The statement also provides an answer to a question that some prominent economists had posed: is monetary policy even the right tool for the moment? On Tuesday, Olivier Blanchard, former chief economist at the IMF, told the Financial Times that a pandemic would represent a “supply shock” — it takes workers out of plants and products from shelves, a problem which is difficult to fix by instilling confidence in lenders and homebuyers through a lower interest rate.

“Cuts in rates,” Mr Blanchard said on Tuesday, “would be symbolic but not useful.”

Friday’s statement shows the Fed is willing to act anyway. “I do think that they do have a role here in stabilising the economy in this kind of episode,” said Mr Duy. The Fed can help prevent weakness in markets from depressing sentiment and becoming self-reinforcing. “They don’t want recession-type dynamics to evolve,” he added.