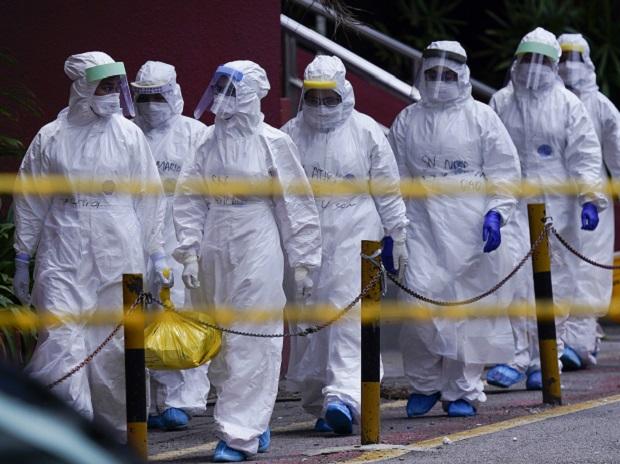 The WHO says that recovery from the coronavirus infection doesn’t grant the patient a permanent immunity. For certain viruses, the body develops antibodies in the body of the recently recovered patient. These antibodies act as a shield and save the person from getting sick from the same virus again. This is not the case with Covid-19, according to the WHO. This means that strict social distancing will be the norm even for those recently recovered from the infection. How does it affect the medical response to the virus? Read it here to understand

The World Health Organization has warned against using coronavirus antibody tests as a basis for issuing “immunity passports” to allow people to travel or return to work. Countries like Italy and Chile have weighed providing “immunity passports” to let those people who have recovered from the virus return to work. Laboratory tests that detect antibodies to the coronavirus “need further validation to determine their accuracy and reliability,” WHO said on Friday. Read the agency’s statement on antibody tests here

Singapore Air to halt most flights till June-end: Singapore’s national airline said it will cancel most flights until the end of June. About 96 percent of scheduled flights will be cancelled, and the airline will fly only to 15 cities in that period, which include six Southeast Asian cities, Tokyo, London and Los Angeles. The country has reported a total of 12,600 cases so far. Read more here

Trump sued for denying checks to Americans married to immigrants: US President Donald Trump was sued over a provision of the coronavirus relief package that could deny $1,200 checks, as relief payment, to more than 1 million Americans married to immigrants without social security numbers. The $2 billion Cares Act, approved by Congress last month, provides $1,200 payments to US citizens who earn up to $75,000. Read more here

Second navy warship reports coronavirus outbreak: Another naval ship at sea has reported a coronavirus outbreak and is returning to port. At least 18 sailors (of total 350) aboard the US Navy destroyer, USS Kidd, have tested positive. The Kidd is off the Pacific coast of Central America. It is only the second US Navy ship, among about 90 deployed around the world, to report a coronavirus outbreak at sea. The other is the USS Theodore Roosevelt. Read more here

Boeing suspends deal to buy Embraer: Plane maker Boeing has cancelled its $4bn deal to acquire the regional jet business of Brazil’s Embraer owing to coronavirus’s severe impact on the aviation industry. The collapse of the deal is a blow to Boeing which had moved to broaden its portfolio of aircrafts to compete with European rival Airbus. Read more here

Facebook gets into video calling: Facebook is launching several multi-person video-chat features on its apps in a dash to compete with the popular tools from Zoom, Google and Houseparty that billions of people are using to socialise during the coronavirus crisis. The new feature has been rolled out in the form of Messenger Rooms — where users can join video calls with as many as 50 people — on its Facebook and Messenger apps for free. Read more here

In Belgium the death rate is higher than in China. Why?

According to Belgian officials, the reason for the grisly figures isn’t overwhelmed hospitals – 43 percent of intensive-care beds were vacant even at the peak of the crisis — but the country’s bureaucratic rigor. Unlike many other countries, the home of the European Union’s top institutions counts deaths at nursing homes even if there wasn’t a confirmed infection, leading to a bump in figures. Read more here

US is beginning to reopen states, but nobody is sure what will happen next

Georgia and other states are beginning the reopening process. But even according to the most optimistic views, it will be months, and possibly years, before Americans again crowd into bars and squeeze onto subway cars. And it isn’t clear what exactly it means to gradually restart a system. How can one factory reopen when its suppliers remain shuttered? How can parents return to work when schools are still closed? How can older people return when there is still no effective treatment or vaccine? Read more about the perplexing situations here

Opposition leaders have demanded more transparency from the Scientific Advisory Group for Emergencies, or SAGE, whose members are largely anonymous and whose meetings are held in private. The British government says it is being “guided by the science” coming from the group, but critics say the science is unclear. The developments came as leaked cabinet briefings to The Guardian newspaper indicated that ministers were warned last year that Britain risked facing an influenza-type outbreak and that the country needed a robust plan to deal with it. Read more here

Public transportation is an essential service, but safety measures can be put in place to protect passengers and workers. Think social distance markings and quotas on the number of riders in a single train car. Also, bye-bye Uber Pool. See this example of Milan to understand the changes

Refresher: Here are some of the most frequently asked questions about the Covid-19 pandemic, along with the best and most current answers science can provide. Read here

Will the post-Covid future have a lot of robots?

The increased use of automation may be the most lasting effect of the Covid-19 pandemic. It will hasten the adoption of robots in critical new areas of work. This week, Tyson Foods was forced to close several meat packing plants after workers tested positive for coronavirus. Meat processing plants tend to lack much automation, but Tyson began investing in robots last year to account for labour shortages. Similarly, Fetch Robotics is working with a large US e-commerce company to reprogram its robots to adapt to staggered shifts with fewer workers. Read this article for more examples.

This article was originally published by Business-standard.com. Read the original article here.