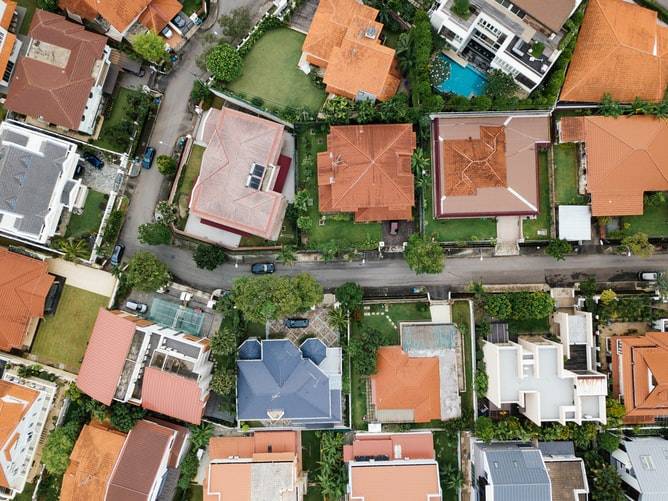 The optimistic start to 2020’s spring real estate market was brought to a grinding halt after the global pandemic started circulating around the United States. The short-term projections regarding real estate were bleak, as nobody was in the market to buy a home from mid-March onwards. With that being said, how do the long-term projections look for the future of real estate?

During previous pandemics throughout history, it has been shown that the prices of houses tend to remain relatively stable, while sales tend to drop significantly. Basically, pandemics will bring the real estate market to a temporary pause.

In mid-March, right after the state of emergency was declared, there were nearly 40% fewer searches on real estate websites such as Zillow or Redfin as compared to right before the pandemic happened. Certain states, such as New York, saw 70% fewer new listings in March. As well, April saw a decrease of 17.9% in mortgage applications. Sales decreased significantly in March, however, they started to slowly rise again in April.

The Federal Reserve has implemented emergency interest rate cuts, and the yield on Treasury bonds is almost at 0 percent. Whenever this happens, mortgage rates tend to fall as well. However, this does not mean that the process to get a mortgage has become easier. JPMorgan Chase has raised its requirements and borrowers now need to have a 700-credit score. In addition to this, they also need to have a 20% down payment in hand when they want a mortgage. This is to try a reduce the number of mortgage defaults that are expected to occur during and after the global pandemic.

There is currently a low inventory of houses available on the market. Due to Covid19, many new construction projects were not given the go-ahead or were forced to pause. Almost a third of all building products come from China, which has been severely impacted by Covid19. China also supplies products such as appliances, and bathroom fixtures. All in all, this means that the housing supply will be low when demand starts to rise again later this year.

Mortgage lenders may have an issue with providing capital to lend. Due to deferred mortgage payments and defaults, many lenders are having trouble staying afloat, which could continue long into the future. This will make it difficult for new homeowners to apply for a mortgage unless they have a perfect credit rating. This will eventually stabilize back to normal, likely next year.

Overall, it appears as though the demand for houses is still there, but people are simply lying in wait for a good opportunity. New potential buyers will be waiting for a longer amount of time than they expected, as they wait for more supply to populate again. They will also be spending more time improving their credit scores and saving up their emergency funds, as these will likely have been depleted during the pandemic.