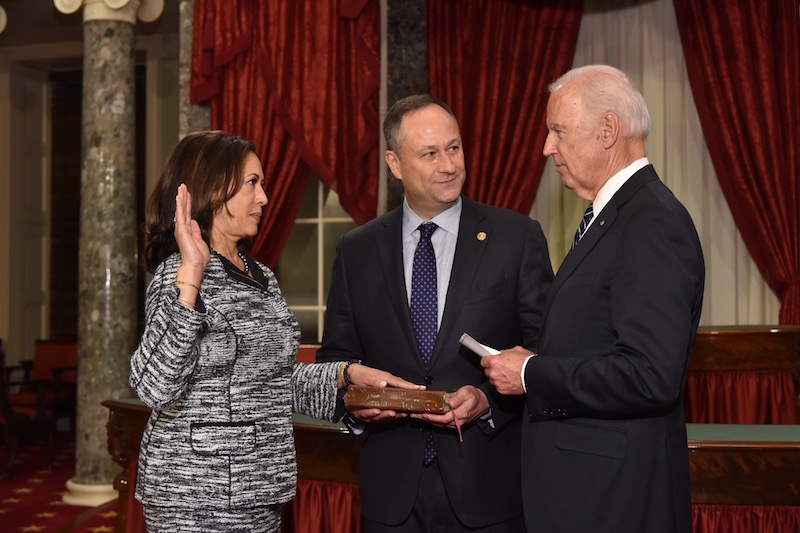 “You make a lot of important decisions as president. But the first one is who you select to be your Vice President,” Biden said in an email to supporters Tuesday afternoon. “I’ve decided that Kamala Harris is the best person to help me take this fight to Donald Trump and Mike Pence and then to lead this nation starting in January 2021.”

Who is Kamala Harris?

The California Democrat was born in Oakland, California, to two immigrant parents: an Indian-born mother and Jamaican-born father.

After her parent’s divorce, Senator Kamala Harris was raised primarily by her Hindu single mother, a cancer researcher and civil rights activist. While raised on Hindu culture, Harris has said that her mother adopted Oakland’s black culture and immersed her and her younger sister Maya in that lifestyle, which shaped her youth.

She went on to attend Howard University, one of the nation’s preeminent historically black colleges and universities. Senator Harris has often described her time at Howard University as some of the most formative experiences of her life.

Where Does Kamala Harris Stand On The Political Spectrum?

Widely considered a moderate candidate, Harris becomes the first black candidate, and the third female, to be nominated for vice president by a major political party.

Biden’s selection of Senator Harris, aged 55, provides the Biden presidential campaign an added level of racial diversity, gender parity, and a touch of youth to his campaign. It also represents a strategic decision by the 77-year-old former vice president to keep his ticket firmly within the more moderate wing of the Democratic Party.

Biden shared additional thoughts on Senator Harris, “She’s been a leader on criminal justice and marriage equality. And she has focused like a laser on the racial disparities as a result of the coronavirus.”

The only previous Black candidate on a presidential ticket, former President Barack Obama, won the White House with Biden at his side in 2008.