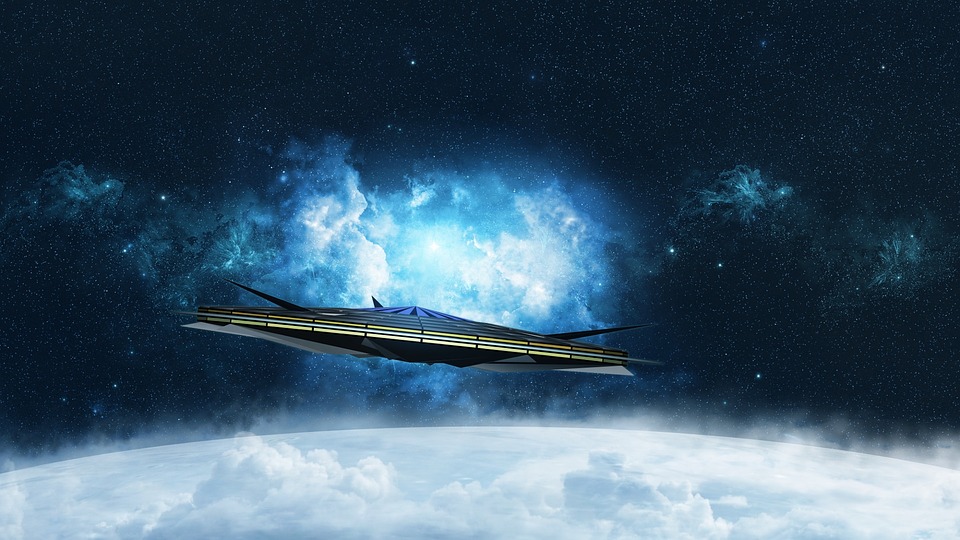 Claims of an unidentified flying object (UFO) maneuvering the skies of New Jersey have been shot down. Social networking sites were a buzz of activity on Monday as some residents in the city claimed to have spotted and shared videos of what appeared to be a UFO navigating the skies.

It all started with TikTok user, @. Babyyjennyy posting a video signaling a UFO on New Jersey’s Route 21 skies. The video shows a number of people by the roadside with their cameras shooting what they believed were a UFO.

Credits to whoever took this video☺️#newjersey #ufo #foryou #fyp

The video was shared on a number of platforms garnering more than 4 million views and 600,000 likes, less than a day after being posted. Videos shared on twitter clocked hundreds of thousands of views as people reacted to the incident.

However, unknown to most people is that the alleged UFO was merely a Goodyear blimp that was flying from New York to Northern New Jersey. A Goodyear representative has already confirmed that the company was flying the blimp to New Jersey to capture aerial footage of the New York Giants and Pittsburg Steelers game at the Met Life Stadium in New Jersey.

While some people acknowledged it was a mere blimp flying over, some insisted it was a UFO given the citing of such objects in the past. In one of the videos shared on Twitter, one user by the title @DRoyFlor is heard saying, “UFO spotted in New Jersey Monday Sep 14, 2020.”

Another video shared by @kvngjersey shared on Twitter also showed the blimp flying over the Teterboro Airport.

Goodyear has always flown blimps to capture aerial sports footage as part of the company’s advertising business. Over the years, millions of sports fans have seen the iconic good year blimp flying above stadiums.

The 192-foot long blimp operates like an aircraft flying a1, 500 feet above the ground. It moves slowly at about 53mph and at times at a conservative speed of 35mph to capture shots from the sky. People often confuse it with UFO as the aircraft does not fly with wings. Instead, it is lifted and flies with Helium.

The incidence in New Jersey underscores how people are becoming increasingly cautious and vigilant in the wake of claims that UFOs have invaded the earth’s atmosphere. A surge in claims has forced the Pentagon to launch a task force dedicated to investigating claims of UFO sightings by military aircraft in some cases.

The Unidentified Aerial Phenomena Task Force established by the Department of Defense is tasked with the responsibility of detecting, analyzing, and cataloging all UAP’s that could pose a threat to the country’s national security.

The taskforce comes into being on politicians, and Pentagon raising concerns about the appearance of UFOs over military bases. Pentagon has already declassified three videos purporting to show unidentified aerial phenomena. The Navy has also released reports indicating encounters with unidentified flying objects. There have been calls from the public for the intelligence agencies to share information on these unusual sightings.