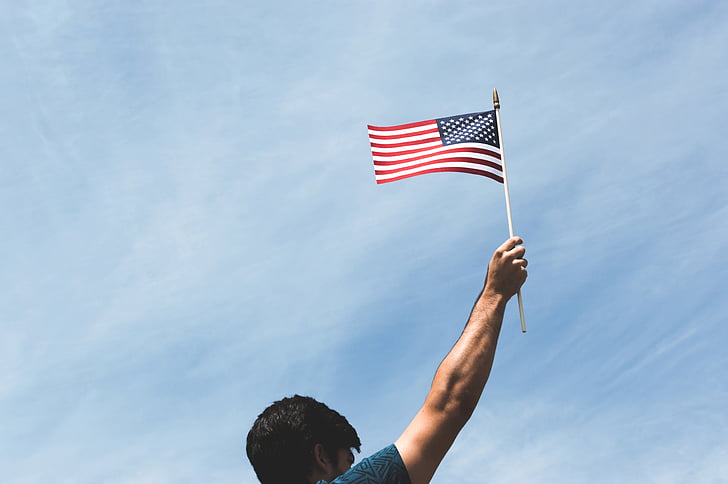 A video of a police officer rescuing an American flag has gone viral, eliciting praise across the divide at a time when the U.S is highly divided. At the center of remarkable act is Peoria Police officer, Shelly Montes, who was captured in a Ring video picking up an American flag blown over in the wind.

The incident, which was captured at 3 a.m. shows the military veteran stepping out of his police car while patrolling and picking up the flag, rolling it up, and finally placing it somewhere safe. While the police officer did not think it was a big deal, the Peoria police posted the video on social media and immediately went viral.

The video has generated lots of buzz on Facebook and Twitter as the police officer’s action was simple without forethought. The positive remarks on social media come at a time when police officers in the country are under immense pressure and criticism over claims of excessive force while dealing with some people.

While the relationship between police and people has hit all-time lows in 2020, the simple act of picking up the American flag, rolling it up, and placing it somewhere safe shows the respect that some police officers have towards the flag, which is a symbol of national unity.

According to Montes, picking up the flag is a sense of pride, not only to her but too many other officers. The soft-spoken officer insists she is not the first officer to depict such acts of respect to the flag; many other officers and people have also taken it up to themselves to do the same.

After serving 5 years in the U.S Air force, Montes says she fully understands the American flag’s importance and what it represents. According to the police officer, the flag is a symbol of inclusivity for any person who lives in the country. She is thankful for what the country has done to her and her family as well as other immigrants

The actions by Montes are a stark contrast to developments in the recent past that has painted the division in American society. Others have gone the extent of torching the U.S flag as part of protests and resentment against police brutality and years of discrimination and racism against the minorities.