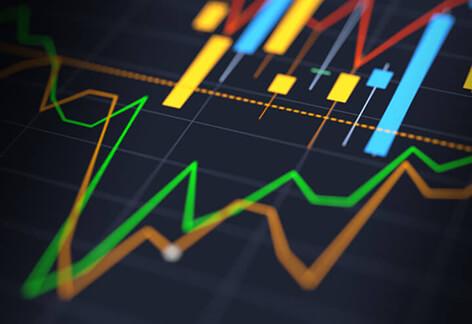 Janet Yellen is the woman president-elect Joe Biden has turned to in a bid to revitalize the U.S economy, which has been in limbo owing to COVID-19 shocks. If approved by the senate, she is poised to become the first female Treasury secretary taking over from Steve Mnuchin.

It would mark another milestone for an illustrious woman who has wielded economic power over the years, having served as the U.S central bank’s chair, the Federal Reserve, between 2014 and 2018. The 74-year-old has also served as a top economist adviser to former president Bill Clinton.

However, it is the way she helped steer the U.S economy in the aftermath of the 2009 financial crisis that appears to have cemented her position as one of the brightest minds in economics ideal for the treasury department.

At the Federal Reserve, she is best remembered for paying more attention to the impact of bank’s policies on workers and the costs of America’s rising inequality. Likewise, her vast experience is highly needed at a time when the U.S is struggling with the highest unemployment rate in modern history, with more than 15 million people having already lost their jobs.

Yellen will work closely with her successor at the Federal Reserve, Jerome Powell, to help steer the economy into growth. Yellen has consistently praised Powell’s performance at the FED, hinting at an excellent working relationship.

Since being bypassed for a second tenure by President Donald Trump in 2018 at the FED, Yellen has been an ardent advocate of climate change. She has called Washington to do more in helping shield the U.S economy from the impact of the COVID-19 pandemic.

Wall Street fondly remembers Yen Ellen given her focus on employment rather than inflation. While at the Federal Reserve’s helm, she advocated for low interest rates, which she insisted had the potential to spur economic activity. Likewise, the U.S economy benefited a great deal registering the longest streak of employment gain while she steered the central bank.

Under her leadership, the FED raised interest rates only once since 2008. The less aggressive mode plunged her into trouble with some conservative commentators, including Donald Trump. Fast forward with the U.S economy struggling with its biggest contraction in modern history, the FED has already cut interest rates to record lows in a bid to enhance borrowing.

As the Treasury Secretary, Ms. Yellen would face a steep challenge in navigating an economy struggling amid the pandemic. While growth has recovered in recent months, coronavirus related lockdowns heading into the yearend threaten to erase the gains. Faced with raising infections, local governments have already started restricting activity, a development that continues to slow down the rebound.

In previous interviews, Yellen has acknowledged the prolonged effect of the pandemic calling for continued extraordinary fiscal support. With President Biden expected to push for more stimulus package from Congress, Yellen would be thrown to the frontline to help broker any deal given the highly politically divided congress.